Can You Be Terminated While on Workers Comp in Florida?

Can you be terminated while on workers’ comp? Are businesses allowed to do this or are you safe as you recover? You don’t want to find yourself in a position where you can’t pay your normal bills while you’re also faced with new medical costs. Employers often try to take advantage of on-the-job injuries to replace a worker. Florida workers’ compensation makes the answers clear, but that doesn’t mean they’re simple:

Can You Be Fired for Filing Workers’ Compensation?

You can’t be fired in retaliation against your filing workers’ compensation. If an employer tells you they’re firing you because you filed workers’ comp, they’re breaking the law.

However, this doesn’t completely protect you. An employer still has the right to replace you for other reasons. They can always let anyone go if it’s a “financial” decision they can claim is unrelated to your status.

This creates a loophole that many employers use. They’ll fire someone for filing workers’ comp, but they’ll give another reason. It can be as simple as saying you were fired as a financial decision. Many employers will simply tell you the timing is a complete coincidence.

The reality of what’s appropriate for employers varies. Some fire injured workers as a matter of habit; a few may genuinely have bad timing and make a change as a matter of financial survival.

You should be aware that so long as you’re not fired for cause, workers’ compensation will still pay you after termination. It’s an insurance program, and so it’s built to compensate you even in the event you’re terminated. If you are fired for cause, that opens up other doors that may disqualify you from workers’ comp.

Many employers will fire someone as retaliation for workers’ comp. To get fair compensation, you need to prove in court that this is what happened. This requires proving three separate points:

The first two points here are fairly easy to prove. One is simply a matter of dates and timing. The other is a matter of proving retaliation, though some forms of harassment can be difficult to evidence.

This third point is the most difficult of the three to substantiate. It’s about your employer’s motive. So long as they can point to another legitimate reason why you were terminated without you proving that they did so as a result of your claim, it’s difficult to prove.

Florida state law does give guidelines for these types of situations. These guidelines are intended to help employers and employees work together. Rather than having someone terminated while on workers’ comp, employers should look for other solutions.

These alternate solutions include re-assigning your job tasks, reducing your work hours, and reducing your hourly pay. This should only be done in situations where you aren’t able to perform the same tasks as you were prior to your injury.

Of course, a pay decrease can also be a matter of retaliation. The key is for employers and employees to work together to find solutions. Unfortunately, this too often isn’t the case. 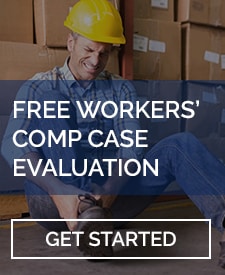 Florida workers’ compensation laws are clear about being prohibiting being fired after having filed a workers’ comp claim. Despite this clarity, it doesn’t always make things easier to sort out. After all, you’re not a lawyer. That’s why the best solution is often to consult a workers’ compensation attorney about your rights. They’ll let you know if your rights have been violated, and what you need to do in terms of documentation and evidence to show that you have a legitimate case.

These attorneys have worked with workers’ compensation cases extensively, so they’ll be able to recognize many elements of your case that may not be apparent. They’ll also understand the difficulties you face and how to help you through the process even as you struggle to foot your everyday bills and medical charges.

If you’re terminated while on workers’ compensation, the first instinct is often to simply trust your employer – even if it hurts you. Nonetheless, you should always consult a West Palm Beach workers’ compensation attorney. The attorneys at the LaBovick Law Group have an objective eye and the experience to determine if you’ve been treated unfairly. Loyalty to an employer shouldn’t extend past their disloyalty to you. It’s fair to safeguard yourself and ensure you’re receiving the compensation that you’ve earned.