Can I get Workers’ Compensation benefits even if I do not know how the accident happened or I caused the accident? 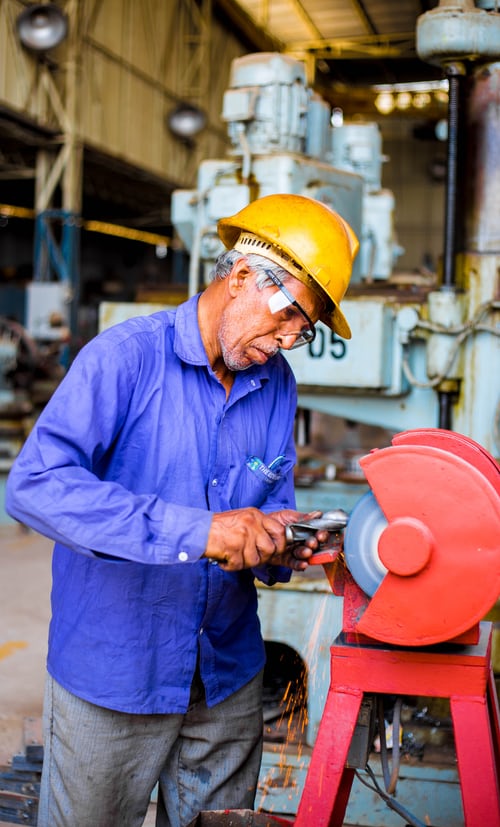 Workers’ compensation in Florida is a no-fault system. The injured worker does not have to prove that the accident was not their fault in order to obtain benefits.  The employer must pay benefits regardless of fault.  In exchange for this, employers are not liable for pain and suffering and other forms of awards available under tort. Employers only have to pay benefits for lost wages and for medical care.

These are not the only requirements for proving a compensable accident. There must also be coverage, jurisdiction and the accident must be the major contributing cause of your injury.  But the focus of this article is going to be on the “arising out of” requirement or the causation requirement.

Theoretically, all that should be required when an employee gets injured on the job is for the employee to show that the accident occurred while at work and while doing an employment-related activity.  Let’s look at some examples of how these concepts play out.  We are going to focus on situations where employers have contested the accident, in particular the causation or arising out of component.

Where an employee suffered a head injury after hitting the floor while removing shelving from the employer’s store, and there were no pre-existing conditions which may have caused him to fall, he established a sufficient connection between the accident by producing evidence that he was cutting down shelving in the Employer’s store, which was one of his job duties. Caputo v. ABC Fine Wine, 93 So. 3d 1097 (Fl. 1st DCA 2012).  This was considered a compensable accident because the employee was engaging in his work duties while at work when the injury occurred.

However, if the injury was caused by a pre-existing condition than there may not necessarily be a compensable accident. For example, if an employee injures his or her left knee while at home and then a few days later falls while at work because of the left knee injury and injures the right knee, then there may be an issue with compensability.  Lopez v. All Star Investigations, 128 So. 3d 265 (Fl. 1st DCA 2013).  If there was no pre-existing condition that contributed to the right knee injury, and the right knee accident occurred while the employee was engaged in work activity, then the claim would have been compensable.

The problem comes up when an accident or injury is from an unknown cause.  Historically, where an unexplained injury happens while an employee is “actively engaged” in the duties of employment, and there is no other explanation, then the arising out of or causal relationship component between the employment and the accident is satisfied.

These were well recognized principles until recently.  In 2019, the Court shifted direction and issued a decision which departed from its prior decisions with Sedgwick CMS v. Valcourt-Williams, 271 So. 3d 1133.  In Valcourt-Williams, the employee was working from home. She was taking a break from work in her kitchen when she tripped and fell over her dog while reaching for a coffee cup.  The court examined the “arising out of” component and stated that in order to be compensable, the employment needs to create an increased risk of causing the fall and the injuries. The fact that the employee tripped over her own dog at home was not related to her employment.  Thus, the court found that her injuries did not “arise out of her employment.”

In this case, the court basically imposed a heightened standard for meeting the “arising out of” component. The court went on to note that just because the injury happened during a break from work does not mean that the accident arose out of the employment. The court found that occupational causation or a relationship to the employment activity was lacking here.

Thus, the Court appeared to raise the burden on injured workers; requiring them to demonstrate more than that the injury just happened while at work.  The Court essentially was now requiring injured workers to show that their employment increased the risk of the injury.  The Court reasoned that if the employer does not contribute to the risk of the injury, the workers compensation law should not require the employer to cover the cost of the injury. The Court found that the injury did not arise out of employment because there was no showing that the employment exposed the injured worker to conditions that would substantially contribute to the risk of injury to which she would not normally be exposed during her non-employment life.  Basically, the Court found that this accident would have happened regardless of whether she was working or not.  She could have tripped over her dog in her own kitchen at any time of the day.  It had nothing to do with an employment related risk.

But, as discussed earlier, injured workers previously did not need to prove that the employment created an increased risk of injury.  If the accident happened during a work break, the break itself was considered a work connected activity, and the accident was compensable; without the need to prove anything more.  So, this case signaled an alarming change for injured workers. The Valcourt-Williams Court created a heightened standard for injured workers to meet.  Basically, injured workers needed to now show that the employment caused an increased risk of injury. The Court did not limit this to only unexplained causes of injury, (which is previously when this heightened standard came into play).

In Soya, the injured worker, a massage therapist, was leaving work for the day; she exited the massage room, walked across a carpeted floor and fell into the door separating the waiting room and the locker room. She was wearing rubber-soled shoes and walking at a normal pace. She does not know exactly how the fall happened.  Luckily, the Court in Soya indicated that the injured worker did not have to meet the heightened standard of showing an occupational risk.  The Court clarified that the  increased hazard showing within Valcourt-Williams applies only where there is a contributing cause outside of employment like a pre-existing condition or a dog.  Where an accident’s cause is unknown and the injury happened during the course of employment and while the employee was performing work activity, and there is no other cause of the injury, then it should be compensable.  It is OK for an employee to be clumsy.  As stated earlier, workers’ compensation covers injured workers regardless of fault.  If a worker misses a step and trips over his or her own feet, that would be covered.  As a side note, just because the massage therapist in Soya was leaving work, and on her way out the door when the injury happened, does not mean she was not engaged in employment activity.  The act of leaving the room or the building is a necessary part of her job.  So, it is considered “arising out of” the employment.

As demonstrated in this article, if you suffer a work-related injury, the Employer and its Workers’ Compensation Carrier may dispute the accident, particularly if it was unexplained or unclear whether it was connected to an employment activity.  An experienced workers’ compensation attorney can help you navigate the system and ensure that you not only obtain the benefits that you are entitled, but help you maximize your benefits.  If you have suffered a work-related injury, contact us at the LaBovick Law Group to see what benefits you may be entitled to.  We provide free consultations where we will review the facts of your case to determine the right course for you.  Call us today at (561) 625-8400 for your free evaluation.