How Maritime Law Could Affect the Duck Boat Accident Lawsuit

On July 19, 2018, 31 people set out on a duck boat tour, hoping for an afternoon of sightseeing and fun aboard the amphibious vessel. Among them were members of the Coleman family, including four children, aged one, two, seven, and nine, a retired teacher and his teenaged son, two fun loving couples, and a grandmother.

The stormy waters of Table Rock Lake, in southwestern Missouri, proved too strenuous for the duck boat and at around 7:00, it began to take on water. A video shot by an eyewitness shows the three-foot waves overpowering the vessel as it sinks to the bottom.

Seventeen people were killed, including nine members of the Coleman family. The grandmother we mentioned sacrificed her own life and pushed her granddaughter to the surface. The captain of the vessel also lost his life.

These details are tragic and the impacts of the accident far-reaching; they extend into the legal world as families file suit against the owner of the boat operator. Relatives of two of the Coleman family victims, for example, filed a $100 million lawsuit, saying, “Duck boats are death traps for passengers and pose a grave danger to the public on water and on land.”

Missouri Attorney General Josh Hawley also filed suit against the operator under the state’s consumer protection law. “This tragedy,” AG Hawley says, “should not have happened. As Missouri’s top law enforcement officer, I am charged with protecting Missouri consumers.”

He continues, “My hope is that this lawsuit will ensure that unsafe duck boats and companies who put profits ahead of safety will not continue to operate. Consumers have a reasonable expectation of safety and that was not met on July 19.”

A Tragedy Waiting to Happen?

On the surface, the case seems clear. On July 19 the National Weather Service issued numerous weather warnings for surrounding areas throughout the day and a severe thunderstorm and high wind warning for Table Rock Lake. This last came about a half-hour before authorities were made aware of the sinking vessel. Wind speeds in excess of 60 mph were recorded, and they were likely stronger on the water.

The Coast Guard, which investigated, found probable cause that the tragedy “resulted from the misconduct, negligence or inattention to the duties of the captain of the vessel.” Experts agree that the captain should never have taken the boat out in such weather.

Another issue was the absence of life jackets. No one onboard wore one; in fact, survivor Tia Coleman reported that the crew told them not to put on life jackets because they would not need them.

Worryingly, the duck boat operator failed to change the design of the duck boat after a 1999 accident that killed 11 people in Hot Springs, Arkansas. One attorney called them “sinking coffins.”

A law central to this case was put on the books in 1851, the Shipowner’s Limitation of Liability Act. As the country sought to build a strong shipping industry, they had to incentivize people to buy and operate ships. 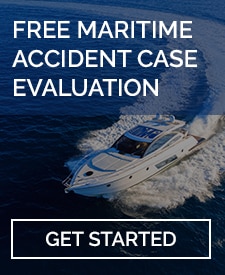 There was no insurance to protect maritime vessels at that time, so the law was intended to protect shipowners if an accident or incident occurred. Keep in mind that these captains did not have access to weather warnings, telecommunications, and other modern amenities.

Here’s why the 1851 law matters in 2018: according to the limitation of liability statutes, if the operator can prove that the shipping vessel was seaworthy and they had no reason to believe or know that a strong storm was approaching, they can petition for limitation of liability. In fact, the Table Rock Lake duck boat operator did claim that the 60+ mph winds “came out of nowhere.”

Now, if this petition is successful, their liability is limited to the surviving portion of the boat.

A boat that is, essentially, worthless. For the families who have filed a maritime injury lawsuit against the operator, the damaged vessel that took the lives of their loved ones may be the sum total of their damages. Even in ideal conditions, the value of the boat (about $100,000 – $150,000) is significantly less than the $100,000,000 the families are seeking in compensation.

Lawyers for the families, as well as experts in maritime law, are optimistic that the limitation of liability petition will be denied in this case for the reasons stated above.

This tragic case underscores the complexity of maritime law and the necessity of obtaining legal representation from experienced attorneys. It’s not personal injury law. It’s not product liability law. It is its own distinct area of the law – and as we can see from the limitation of liability, it often favors the shipowners and operators.

Aggressive, fearless lawyers who have extensive experience in maritime law are crucial; they can effectively fight for the rights of the victims, survivors, and families.