Zantac Lawsuit and Cancer Risk: Everything You Need to Know 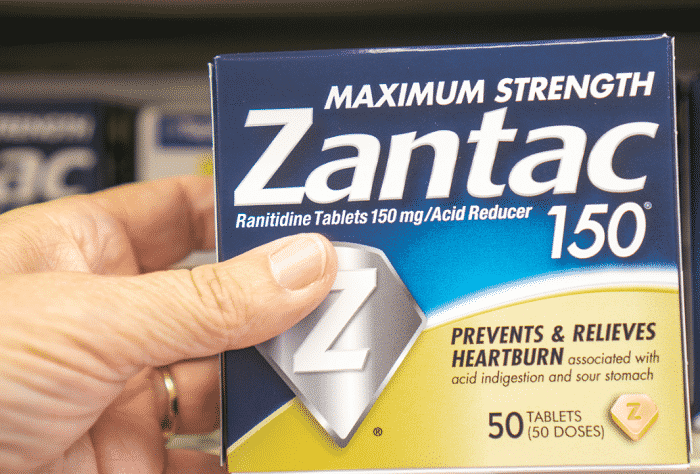 Zantac Lawsuit and Cancer Risk: Everything You Need to Know

In the US, over 60 million Americans suffer from heartburn at least once a month. If you’re one of them, then you may have taken the drug Zantac for relief.

Although it’s been in the country for almost 40 years, we have only just recognized that Zantac may pose a serious health problem to those who take it.

In this article, we’ll give you a brief history of this medicine, its relation with cancer, the recall, the Zantac lawsuit, and what you can do if you believe you’ve been negatively impacted by this drug.

Zantac (or ranitidine) first came about in 1983 when GlaxoSmithKline started producing it in the United States. It was an immensely effective heartburn drug, which made it very popular in the American market.

But despite its popularity, Zantac had one key contaminant: NDMA. However, it took decades for scientists to fully recognize the detrimental effects of this compound.

In the 1980s, several studies came out that suggested the possible link between NDMA and cancer. While NDMA can be found in the environment through grilled meats, dairy products, vegetables, and water, it found its way into Zantac somehow.

Pharmaceutical companies stood to make a massive amount of profits from Zantac. It’s now clear why they continued manufacturing this drug, despite the mounting evidence of NDMA’s carcinogenic effects.

It wasn’t until 2019 when there was concrete proof that Zantac was contaminated with NDMA. Because the detection took so long to happen, it’s unclear when NDMA started appearing in this drug and how much of it tainted supplies.

Has anyone developed cancer from Zantac?

There hasn’t been much research done on the effects of NDMA on humans. However, animal studies show that there’s possibly a connection between NDMA and cancer.

Based on these findings, it’s strongly believed that many Zantac users who have cancer have developed it from the NDMA found in the medication.

As we’ve detailed in an earlier section, Zantac was allowed to be on the pharmaceutical market for several decades.

However, in September of 2019, the FDA announced that low levels of NDMA were found in Zantac batches. At that time, they didn’t call for patients to cease use of this medication. Instead, they embarked on an investigation to see if there really was a link between Zantac and patients developing cancer.

After half a year of investigation, the FDA finally pulled all Zantac products on April 1, 2020. Because they found that NDMA impurities increased over time as Zantac products were on the shelves, the health risks posed to the general public were deemed too dangerous.

What’s interesting is even before April 2020, many other manufacturers of similar products voluntarily chose to withdraw their products. For example, companies such as Apotex and Sandoz took their ranitidine products off the market after Valisure (an online pharmacy) tested their medications and found high levels of NDMA in their ranitidine products.

Today, many cancer patients who have regularly used Zantac in the past are filing a Zantac lawsuit. These cancers include (but are not limited to) stomach, colon, throat, lung, bladder, kidney, ovarian, testicular, and breast cancers.

If you’ve taken Zantac regularly in the past, we highly recommend that you have regular appointments with your doctor to catch any cancer that may develop. It’s crucial you catch any earning warning signs so you can get treated right away.

Even if you don’t have any of the above symptoms, give your doctor a call if things don’t seem quite right with your health.

On the other hand, if you’ve been diagnosed with cancer in the past, and you’ve taken Zantac regularly before, you should get in touch with an experienced mass tort attorney. They can help you put together all the evidence you need to build a strong case against Zantac.

The first lawsuit against Zantac was filed in 2019 in California, where the plaintiffs claimed that both Sanofi and Boehringer Ingelheim (pharmaceutical companies) knew they were pushing products that had carcinogens in them. Since then, many other plaintiffs who were regular Zantac users and are cancer patients have also joined in on the mass tort case against Zantac.

By successfully suing the company, you’ll be able to get monetary compensation for the physical and mental hardships you’ve had to endure as a result of your cancer. You deserve to get justice for your medical problems and for those responsible to be held accountable.

Now that you know more about Zantac and its possible health risks (links to cancer), you might recognize that it’s been detrimental to your health. If so, then you may be able to take part in the Zantac lawsuit.

In that case, you need a good lawyer on your side to get the maximum compensation possible. We at LaBovick Law Group can help you navigate the legal system and file a claim quickly. Our qualified Zantac lawyers, led by attorney Esther LaBovick, are prepared to take on your Zantac claim.  This will include our investment in the investigation of your individual case and the review of your medical and pharmacy records.  We will uncover all the details your doctor will not discuss with you.

Have you been diagnosed with cancer and you believe it’s related to Zantac? Then schedule a free consultation with us today. We’ll work on your case on a 100% contingency basis; this means we don’t get paid unless you do.