Why Is Lane Splitting Illegal in Florida? 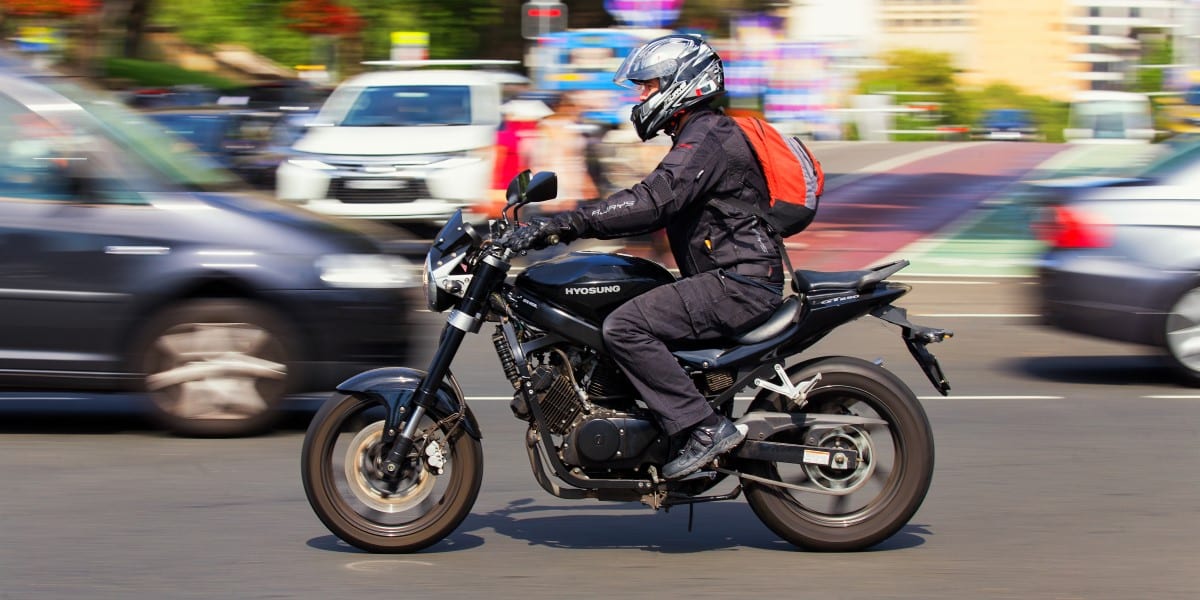 Despite that fact, however, the state of Florida has made the practice illegal. Florida is in the majority, as just one state has made it legal. In a handful of other states, including nearby Mississippi, the motorcycle rules in the state neither mention nor specifically prohibit it. Why did Florida make such a drastic move to bar motorcyclists from practicing this maneuver?

A Risk and Benefit Equation

The vast majority of the public often doesn’t understand the risks to riders on the roads today. As a result, they typically don’t know the research behind lane splitting. While it can be a responsible riding practice that enhances safety for cyclists, it could also be misused and abused by some cyclists. As a result, many states find it easier to simply ban the practice than to create safe regulations surrounding it.

According to research by the Pew Charitable Trusts, in the past five years, legislators in at least fifteen states have unsuccessfully tried to legalize the practice, and California is the only state that has managed to make it work. AAA clubs and law enforcement agencies are the groups typically behind the death of these kinds of legislative measures, as the concerns about safety around the practice are massive. Opponents say it’s just too dangerous for bikers who might be hit by cars or unnerving for other motorists.

What Is Lane Splitting?

When a motorcyclist drives between two lanes of traffic that are stopped or moving slower than they should be, it’s considered to be lane splitting. The type of road on which it occurs doesn’t matter. It could be interstate with several lanes or a side-by-side divided highway. It could even be a residential street. In all cases, it’s illegal in Florida, and you can be ticketed for the practice.

Lane splitting can, however, be safe as long as riders know they should be extra cautious when they enter a car’s blind spot, and they’re using their headlights and wearing reflective clothing. Cyclists also have to understand what practices cars engage in when they get ready to change lanes and how to use turn signals.

If a car begins to trend toward one side of the lane, the cyclist has to be extra careful. Using the horn may help, too. Moreover, ensuring the traffic isn’t traveling at more than 30 miles per hour is important, as that means there’s very little time to make a correction should a car swerve across the lanes.

This Is Not Lane Sharing!

It’s important to note that lane splitting and lane sharing are two very different practices. Lane sharing is where two cyclists share the lane, riding side by side. The practice of lane sharing is perfectly legal within Florida. However, only two riders can lane share at once. Add a third, and it is against the state’s motorcycle rules and laws.

Should Lane Splitting Be Legal?

The National Highway Traffic Safety Administration has looked into the practice repeatedly, particularly with so many states trying to pass bills in the area. They’ve suggested lane splitting is fairly common in other countries, and they’ve gone as far as to say it should be studied more because it could help to reduce congestion on highways today.

If it were legalized, though, it’s clear that safety guidelines would have to be issued for motorcyclists and public awareness campaigns would have to be in place for motorists to understand how helpful lane splitting can be and to help avoid a surprise when a cyclist appears beside a car.

While a cyclist may or may not be stopped for this behavior in Florida, the real consequences come into play in the event a collision occurs. If an accident occurs while a cyclist is in the process of lane splitting, they will be held liable.

Florida accident law holds that the victim is typically compensated in the amount that his/her negligence didn’t create the accident, so if the cyclist ends up as the responsible party, no recovery is possible. To get any kind of recovery, he or she has to show that the other driver was at least partially at fault.

Some cases will allow a motorcyclist’s experience to play a role in deciding who may have been at fault when lane splitting is at play. Aside from that, if a cyclist has specialized training or the other driver was doing something far more dangerous, it is possible the cyclist will still be able to make some kind of recovery. Proof, though, is an absolute must.

How Can You Prove Your Case?

If you are the victim of an accident where lane splitting was involved, you need to ensure you collect the names and addresses of witnesses. Use your cell phone to take pictures, as those may help prove your case down the road. Pay attention to where any damage occurred. Skid marks on the pavement, for example, are important, as is documenting the weather conditions at the time.

If You Have Been Injured in a Motorcycle Accident

Motorcycle accidents can mean long-term, debilitating injuries, and we’ve worked with many riders who have had to walk down the road of recovery. Give us a call today for a free consultation and case evaluation if you or someone you love has been injured in a motorcycle accident.