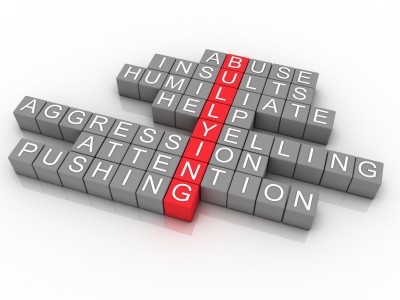 Cyberbullying is a form of bullying that takes place using the Internet, or other electronic devices, such as a cell phone. Victims are harassed, teased, embarrassed and sometimes even threatened with images and words that are either sent to the victim themselves or shared publicly through social media. Cyberbullying and bullying are essentially the same idea with one major difference. Someone being bullied at school or at work can usually walk away from it at the end of the day. However, someone that is being cyberbullied will have no way to escape it, as it can happen at any time of the day or night.

With the increased use of the internet, cyberbullying has become a big problem. This type of bullying, which means systematically and chronically inflicting physical hurt or psychological distress involving teasing, social exclusion, threat, intimidation and more, happens through the use of technology or any electronic communication. A scary thing about cyberbullying is that it can happen to young people without their parents knowing, and can become a long-term threat if not handled quickly and consistently.

After the death of a 15-year-old girl in 2006, several states created cyberbullying laws. Four years later in New York, Albany County created a law and defined it a crime to communicate “private, personal, false, or sexual information,” that is intended to “harass, annoy, threaten, abuse, taunt, intimidate, torment, humiliate, or otherwise inflict significant emotional harm on another person.”

What to Do About Cyberbullying

Bullying and cyber-bullying can be emotionally and psychologically damaging on anyone but can be especially so on a young child. Among students ages 12-18 who reported being bullied at school during the school year, 15% were bullied online or by text. Research indicates that persistent bullying can lead to or worsen feelings of isolation, rejection, exclusion, and despair, as well as depression and anxiety, which can contribute to suicidal behavior.

Some ways to help stop cyberbullying:

– Noticeable increases or decreases in device use, including texting.

– A child exhibits emotional responses (laughter, anger, upset) to what is happening on their device.

– A child hides their screen or device when others are near, and avoids discussion about what they are doing on their device.

If your child is being bullied online or at school, don’t hesitate to call us at the LaBovick Law Group. We are Warriors for Justice, and our firm has handled several bully cases.  We believe no child deserves the pain and suffering that any type of bullying can cause.