I denied prior injuries or conditions when I was hired, can I lose my workers’ compensation benefits? 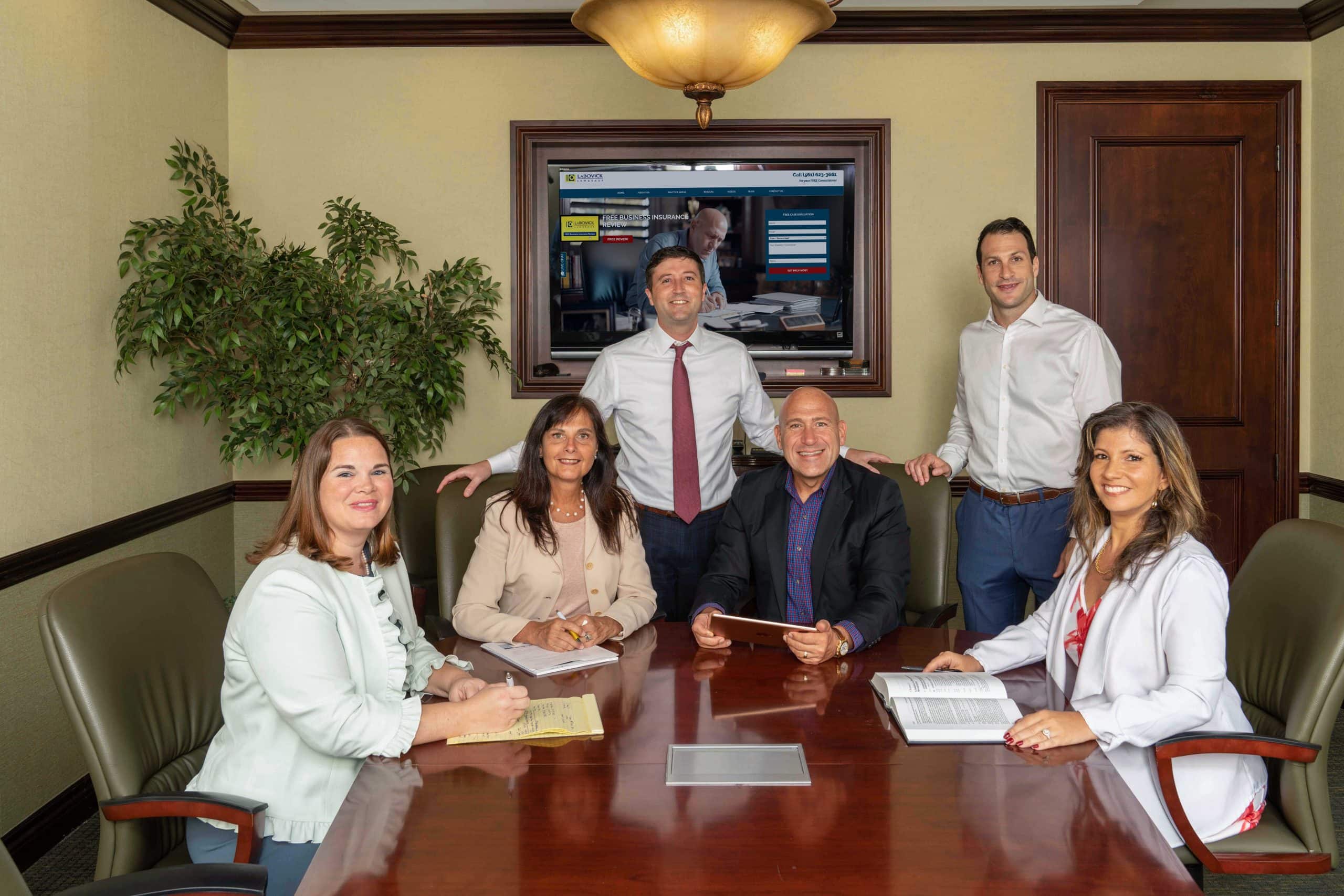 Workers’ Compensation laws in Florida are harsh and aimed at limiting your entitlement to benefits. This article will focus on the pre-employment questionnaires used by employers to make hiring decisions, and that what you say during this process can affect your rights to obtain future workers’ compensation benefits.  We will explore what the Courts in Florida have said on this topic because this is not a cut-and-dry issue.

By way of background, the Americans with Disabilities Act prevents discrimination on the basis of disability, among other things.  Under the Americans with Disabilities Act, employers may not ask you about your disability before they offer you a job or make a conditional job offer. Once you’ve been given a conditional job offer though, the potential employer can ask you to fill out a pre-employment application or questionnaire and inquire about any disability or injuries or prior conditions you may have. The employer does not have to hire you if you are not qualified for the job position, or cannot perform the duties of the job. The employer is allowed to determine whether or not you are qualified for the position in light of your pre-existing conditions or disabilities.  Please keep in mind that the Americans with Disabilities Act only applies to employers with 15 or more employees.

Florida is an at-will state which means an employer can fire you for any reason.   Although they cannot fire you simply because you are disabled, you can be fired if you can no longer perform the duties of your job based on your disability, or are absent or losing too much time from work, and if the employer needs to refill your position.  The Family and Medical Leave Act may protect your job while you are out on disability, by requiring the employer to keep it open for you for a finite period of time, but that act only applies to employers with 50 or more employees.

When it comes to pre-existing conditions, people tend to be hesitant or reluctant to be forthcoming during the hiring process. But, holding back can have very severe consequences here in Florida. Let’s look at the underlying rationale for this.  In Florida, as with most other states, the employer takes an employee as it found him/her.  This means, that an employer is potentially liable for costs associated with any subsequent injuries suffered by the employee made worse because of a prior condition or injury.  This is why employers have the right to inquire as to a potential employee’s health so as to determine if they want to assume the risk of hiring that particular person. For example, a person who has had a number of prior back injuries may be at more risk of suffering another back injury, experiencing a worsening or aggravation of the underlying condition, or becoming disabled after suffering another back injury, than a person who has never had a back injury.  An employer who has knowledge about the prior back injuries will be able to decide if that employee is worth hiring in light of this extra risk.  However, if the employer does not know about the prior back injuries, because the potential employee lied about them, then that employer is deprived of making an informed decision about whether to hire that person. With that in mind, Florida Courts have ruled that if a misrepresentation about prior injuries deprives an employer of its right to make an informed decision about the risks of hiring a particular employee, there would be dire consequences.  The consequences of such misrepresentation can be the permanent suspension of all workers’ compensation benefits that the employee would ordinarily be entitled. Martin v. Carpenter, 132 So.2d 400 (Fla. 1961).

Second, the employee must have known the statement to be false.   In other words, the misrepresentation must have been intentional.  If the fact that you had a prior accident or injury just slipped your mind or you just forgot would not necessarily amount to a misrepresentation.  Of course, the Judge of Compensation Claims, (JCC), is ultimately going to determine whether or not you are credible and whether he or she believes that your false statement is intentional or not.  If you do not understand the question and fail to answer or respond appropriately because you misread or misinterpreted it, then that also would not necessarily rise to the level of misrepresentation. For example, if the question asks you to indicate any “physical defects” and you believe that you do not currently have any, then you may respond “no”.  In this instance, the question will likely be found ambiguous and will not amount to a misrepresentation on your part. Another example of a misunderstanding rather than a misrepresentation could be if a question asks about prior injuries, and you suffer a congenital back condition and not a prior injury, and you say “no”.  Because of the way the question is worded, again, this likely will not amount to misrepresentation.

What about blanks left on a pre-employment questionnaire?  If you do not answer a question and leave it blank, that is not a misrepresentation.  It is up to the employer to pursue the answer to any questions left blank.  The employer cannot later use the unanswered question or omission to argue misrepresentation.  There can be no reliance on something if there was no answer upon which to rely.

Another thing, although you need to be honest on any pre-employment questionnaire, you do not have to volunteer information.  If you are not asked about pre-existing conditions or prior injuries or congenital defects, you do not need to be forthright and give the information.

In Martin, the worker suffered from a twenty-year back condition and sought medical treatment throughout the years due to back pain.  She switched jobs frequently because she could not take the physical requirements of the jobs due to her back pain.  She finally found a sit down job, but her back continued to bother her although she lost no time from work. Then her job duties changed and she was required to stand and bend. Her back pain became worse and she filed a claim for workers’ compensation benefits. Prior to her employment, she answered a questionnaire denying any prior injuries or conditions.  In applying the elements above, the Court found that there was a causal relationship between the misrepresentation and the injury for which she sought workers’ compensation benefits. In other words, she had a prior back condition that she denied having, and then she based her workers’ compensation claim on a back injury.  There was also no doubt that she knew her statement was false. However, there was no evidence that the employer relied upon the false statement in hiring her.  Thus, all the elements above were not met, so workers’ compensation benefits could not be suspended on this basis.

In another case, Blaine v. Paks, 382 So. 2d 132 (Fla.1st DCA, 1980), the employee filed a workers’ compensation claim after suffering a slip and fall and injuring his low back.  The employee failed to answer a question on a pre-employment questionnaire about prior injuries or chronic ailments.  The employee actually suffered two prior work-related accidents, a fractured skull and a neck injury resulting in permanent impairments.   The employer argued that the employee’s misrepresentation on his pre-employment questionnaire should preclude any workers’ compensation benefits.  However, the elements of a causal relationship between misrepresentation and work-related accidents were lacking.  So, the bottom line, here again, is that all elements have to be met for workers’ compensation benefits to get cut off.  In this case, there was no connection between the prior skull and neck injuries and the work-related back injury, even though there was a misrepresentation.

In Kalbes v. Armour 483 So.2d 124 (Fla. 1st DCA,1986), the employee denied any prior back problem or injuries on an employment application for a security guard position.  Upon being interviewed, the worker did not mention any physical problems, but if he did, the employer would have investigated further.  The worker had a severe prior back condition resulting in surgery and permanent impairment.  The employer testified that they would not put anybody out in the field who had physical problems.  While on duty, the worker suffered a fall and injured his back.  The employer raised misrepresentation and argued that workers’ compensation benefits should be barred.  However, although it was clear that there was a false statement and causal relationship; the reliance element was unclear.  It was unclear if the employer would have hired the worker had it known about the prior condition.  The Court ruled that the employer’s hiring practices and policies were enough to infer that further investigation and screening would have taken place had the worker been forthright. So, although there was no direct evidence that the employee would not have been hired if the employer had known about the prior injuries, it was enough to show that this individual likely would not have been hired based upon the employer’s hiring practices.

In another case, the employee was asked on a pre-employment questionnaire if he had prior workers’ compensation claims, and the worker denied it even though he had a prior back work-related injury.  The current work-related accident involved the same area of the back as the prior work accident.  Thus, the elements of misrepresentation and causal relationship were met.  However, it was unclear if the employer relied upon the false statement.  The Court ruled that it was enough that the employer showed that based upon its general hiring practices, that it relied upon it.  In general, an employer would just have to show that based upon the job requirements and duties, it would not hire such a person with that prior condition to engage in such physical activities for the safety of the individual, other employees, and the public in general.  Florida Mining & Materials v. Perkins, 612 So.2d 667, (Fla. 1st DCA 1993).

In addition to the Martin defense described above, the Florida legislature enacted  Fl. St. 440.15(5)(a), which did not overrule Martin, but rather acts as an additional defense for employers.  The statute requires proof of a previous disability or that the employee had been compensated because of such previous disability, impairment, anomaly, or disease and the employer detrimentally relies on the misrepresentation.

As demonstrated in this article, answers that you may have given pre-employment can come back to haunt you if you later suffer a work-related accident. An experienced workers’ compensation attorney can help you navigate the system and ensure that you are obtaining the benefits that you are entitled and that your benefits do not get cut off.  If you have suffered a work-related injury, contact us at the LaBovick Law Group to see what benefits you may be entitled to.  We provide free consultations where we will review the facts of your case to determine the right course for you.  Call us today at (561) 625-8400 for your free evaluation.