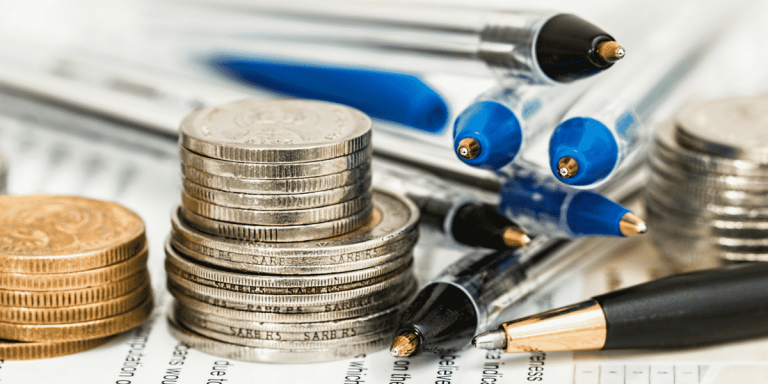 How many people cheat on their taxes?  I am sure it is millions.  In fact, I would venture to say that a clear majority of people, in some way, intentionally under-report their total taxable income.  The term for the amount of money the IRS loses on unpaid or under paid taxes is called the “Tax Gap.”  The estimated Tax Gap for last year was over $450,000,000,000.00.  Yes, that is right, one half a TRILLION DOLLARS is what the IRS estimates is due and owing each year!  Think about that!  If the IRS got that money our government would be able to fund almost every underfunded government program.  We could let go of any need to raise taxes and we could reinvest that money into our country and really do justice to the phrase “Make America Great Again.”

This fact is not lost on the government.  In fact, loss, fraud, waste and abuse happens at every level of government and in almost every government contract.  To help alleviate this gigantic Tax Gap, Congress passed the IRS WHISTLEBLOWER LAWS.  These laws created a very strict set of programs to get people to turn in businesses and wealthy people who are cheating on paying their taxes.  The IRS Tax Whistleblower Program works by creating a way for informed people to turn into the IRS those businesses or people who are underpaying their taxes.  The person who will turn in the information to the government is called the Whistleblower. The systems put into place will protect the whistleblower’s identity.  However having a law firm do the task of creating a proper case for the IRS to pursue raises the bar on whether your whistleblowing claim is accepted and also protects the identity of the whistleblower as well.

The first step in the process is data collection. If you know of a business or person who is underpaying their taxes you must have some proof or information which will lead the IRS to go after that business or person.  Having data or information by way of copies legally obtained, or direct knowledge.  Many times the whistleblowers are past employees of business who were fired exactly because they did not want to go along with a fraudulent scheme to rip off the government.

The second step is making the application.  Once your data is organized the whistleblower must submit the information on an IRS  form called a “211.”  The 211 is not a complex form.  It is the same as a “tip” from a confidential informant.  However, the government gets thousands of tips a day and getting your tip heard is the hard part.  It is only when the IRS takes action on that 211 and uses the information the whistleblower provided, and then actually collects a large back tax payment from the business or person who was avoiding paying their taxes that the whistleblower gets any type of award.

The third step is the interview process.  Once the 211 is filed the IRS has a first line review.  If the agents feel the information is viable they will send the claim to an IRS field agent who will set up an interview with the whistleblower. This interview is tricky.  It is vitally important the field agent gets the data they need to go forward on their investigation.  It is also vitally important that the whistleblower is properly protected to get their right to an award and avoid being implicated in the tax fraud scheme. The right to an award can be as little as zero (0%) if the claim is not properly presented, but as much as 30% if the claim is ripe and the help is significant.  Therefore the more you provide to the field agent in an organized fashion the better your chances are of an award with a significant percentage of value to it.

Keep in mind the following factors:

A) The IRS in general, but especially the whistleblower program, is being run by an incredibly small staff. They are completely overworked. They are Government employees and therefore they are underpaid.  They get thousands of 211s, so it is most valuable to make sure your tip is unique and stands out from the other 211 forms competing for their attention.

B) Do not submit a 211 without the help of an attorney who does not concentrate on IRS whistleblower claims.  The agents know the lawyers who can submit real claims on a consistent basis and take those 211 applications seriously. They know good IRS Whistleblower attorneys will serve them up the information they need to make a real case and will deliver a whistleblower who will have a well-organized and well documented case file for the Government.

C) You must go big or go home. The IRS does not waste time with small time tax cheats. They allow random auditing to serve the purpose of catching small time tax cheats.  They only want big fish in the IRS Whistleblower program. Therefore, you must be able to show a claim that is likely a minimum of $2 million in unpaid or underpaid taxes.  The IRS has limited whistleblower resources so they are making sure they only go after the tax frauds which will have big returns.  The best Tax Fraud claims are with the biggest companies, like the Fortune 1000 companies.

D) Have Patience.  The IRS Whistleblower office moves SLOWLY. They take their time, they investigate.  Even after they perform their audit they will not take action for a while.  The process is a long one. Fortunately, the whistleblower can go on with their life without worry of anyone knowing they made a claim.  The process is protected and completely confidential.

E) You get one shot, make it count!  Unlike our other areas of whistleblowing, the IRS has its own statute and rules.  In other areas, if the government does not want to take on the case then the whistleblower and their private attorney can take on the claim. They can literally prosecute the company which was doing wrong on behalf of the government.  This is NOT the case with the IRS. The IRS does not permit any entity to collect taxes other than the IRS. Therefore, if you do not “sell” your 211 facts to the IRS the first time and they decline your matter, after months of working on the case, you are DONE! Ballgame. Game over.  Finito.  Fin. DUN.

They can do this for any of the following reasons:

Yes, any of those ridiculous reasons.  In other words, the IRS will simply close your case and never give you a reason, and the fact is, they have 100% authority and discretion to make or break your case, so don’t mess it up.  Yes, it is self-serving for this blog to insist on the whistleblower getting a great tax fraud attorney (it is best to get private whistleblower attorney who were previously government prosecutors because we understand how the government works and thinks, plus we have friends in the industry and in government who help us a bit!); but the truth is that without one you are at a significant disadvantage.

Now, with all that said, don’t let any claims go!  The IRS loves whistleblower cases.  In the past few years they have collected hundreds of millions of dollars on tax fraud and they are just now starting to pay out whistleblower claims on a consistent basis.

If you have information on a huge tax cheat, don’t sit on it. The first to file is the whistleblower who will make millions of dollars.  We have forensic accounting and analysis ready to go through your claims immediately. Call us today, remember, we never get paid until we get money for you. The consultation and the work is free until you are paid!